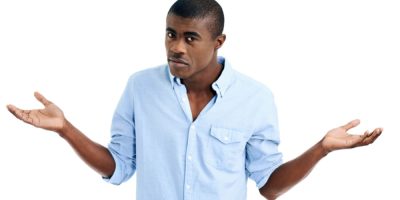 Someone on Reddit asked guys to name things women do that have always baffled them.  Some of the answers are just stereotypes.  But there were also some fun ones, and a few classics we’ve seen before.

2.  Being mad about something he did in your dream last night.

3.  The obsession with popping pimples.  Why do so many women love that?

4.  Sharing the intimate details of your sex life with friends.  Despite all the “locker room talk” in movies, most guys don’t really do that.

5.  How a lot of women don’t dress for the occasion, they dress for the arrival.  Then after five minutes, they’re already uncomfortable.

6.  Casually taking forever to get ready.  Then act like everyone else should rush once you ARE ready.

8.  How you can be interested in a guy, but he doesn’t make a move.  Then he finally wises up later, makes a move, and you’re not interested anymore.  If a guy likes you today, he’ll like you next month, or next year.

9.  High heels, and it’s a two-parter.  They’re so impractical, it’s amazing they haven’t been cancelled yet.  But it’s also really impressive that women can walk around in them so well.

10.  What’s with all the strands of hair stuck to that one wall in the shower?  You’re putting them there on purpose, right?