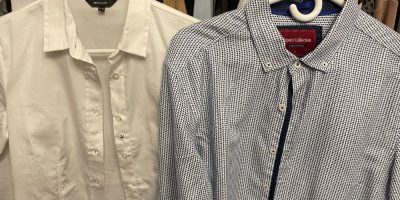 People are just realizing that women’s shirt buttons are on the left side, while men’s are on the right.

But why?  There are a few theories that date back ages.

One goes that wealthy women didn’t get dressed on their own, they had servants do it for them. Assuming that most people are right-handed, the buttons on women’s clothes were sewn so that someone else could fasten them.

For men, many elements of male fashion are traced back to the military.

One fashion historian explains, Assuming most men were right-handed, putting buttons on the right side allowed better “access to a weapon, so a gun hidden in a shirt would be easier to grab with the dominant hand.

Another theory is that button placement distinguished women’s and men’s clothing at a time when that mattered. Women’s outfits became more “masculine” in the 1880s, but it was still “illegal” to be “dressed like a man in public.”

Other theories revolve around the need to breastfeed and care for a child. According to Southern Living, clothing-makers, again, assumed most women were right-handed and would be carrying infants in their left arm. If they needed to breastfeed, they could use their right hand to unbutton their shirts.

Or, of course, it could just be outright gender inequality. The fact that women’s clothing buttoned opposite of men’s was a sign of inferiority, according to the 19th-century sexologist Havelock Ellis.

The assumption at the time was that women were weaker and required more assistance, hence, the commonplace need for handmaids to dress them every day. By buttoning their clothing on the left, women would “seem inferior to men” in “strength and in rapidity and precision of movement. 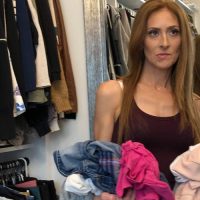