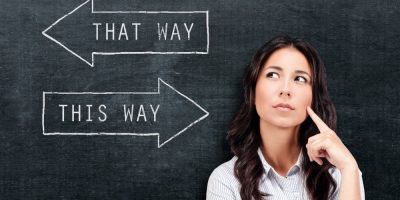 A poll of 2,000 adults found that we spend an estimated three hours a day deciding what to have to eat, what time to go to bed and what to wear and watch.

But the average adult admits to changing their mind twice per decision, with more than one in 10 doing so five or more times.

Deciding what TV show or film to watch was found to be the most difficult decision to make, followed closely by what to eat, what to wear and whether to buy something new.

And 68 percent find it hard to make or stick to a decision, with 36 percent turning to their spouse to help them out, while 30 percent turn to their parents and 24 percent rely on friends for support.

The study also found that 63 percent think some decisions are easier to stick to than others, with 66 percent admitting they change their mind about whether or not to exercise at least once a day.

And 38 percent claimed they spend more time deciding what to eat than where to go on holiday.

Three-quarters will chop and change what they are going to have for lunch or dinner and 80 percent will struggle to settle on what to watch on TV.

And 24 percent spend more time deliberating smaller, everyday decisions compared to the bigger and more significant ones such as buying a house.

But a quarter of respondents admit they always or often make decisions they regret, with unhealthy food choices, not exercising and not prioritizing self-care being at the top of the regrets list.

Having an extra cookie or snack, going to bed late and drinking one too many on a night out are also among the choices people wish they had done differently.

More than four in 10 also admitted to being guilty of making impulsive decisions.