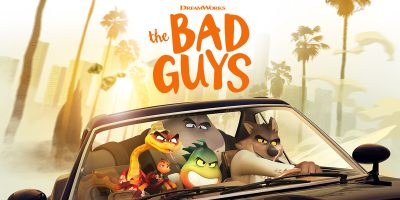 Based on the popular children’s book series, “The Bad Guys” stole the show, capturing the number one spot at the domestic box office over the weekend. The Bad Guys is an illustrated children’s graphic novel series by Australian author Aaron Blabey. The book series centers around a gang of anthropomorphic animals known as the Bad Guys who attempt to perform good deeds to change society’s perception of them as criminals, despite their efforts usually going wrong

The Animated comedy brought in $24 million, which was enough to beat “Fantastic Beasts: The Secrets of Dumbledore.”

Sam Rockwell, Marc Maron, Anthony Ramos, Craig Robinson and Awkwafina lead the voice cast of “The Bad Guys.” The movie plot follows a crackerjack crew of animal outlaws as they attempt their most challenging con yet – becoming model citizens.