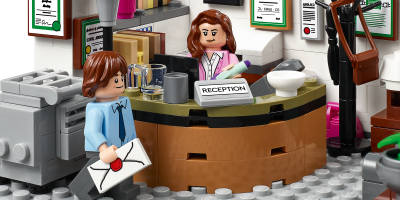 In its ongoing quest to make everything awesome, the toy giant LEGO took to Twitter to announce a pairing you never knew you needed – a new LEGO set based on the classic workplace sitcom, “The Office.”

The Twitter clip starts with a zoom-in on the whole, incredibly detailed set of the Scranton Branch office of Dunder-Mifflin, featuring the three rooms where most of the classic show’s action took place – Michael Scott’s office, the conference room, and the main cubicle office.

Then you get glimpses of the 15 famous cast members in their LEGO forms, featuring fan-obsessed details like Scott’s “World’s Best Boss” mug, the Jell-O mould with the stapler in it, and even one of Angela’s cats.

An official release date has not yet been announced.

LEGOs have long existed not only in the kids-only zone, releasing pop culture reference-drenched movies and increasingly inventive LEGO sets. This beloved sitcom set follows the success of the equally detail-oriented and hilarious “Friends” and “Seinfeld” sets from 2021.