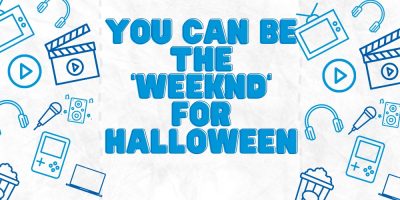 The Weeknd loves Halloween and always steps it up! Whether he’s dressed as The Godfather’s infamous mob boss or Jack Nicholson’s iconic Joker, fans know his elaborate transformations won’t disappoint.

The Weeknd wants you to channel him this Halloween and is selling an ‘After Hours’ Halloween costume!  His ‘After Hours’ album, released back in 2020 was his fourth album and was a huge success!

It includes hit songs “Blinding Lights” and “Heartless,” and was the album he performed at the Super Bowl in 2021.

The customer includes the red blazer, sunglasses, and black gloves which will set you back over $100 after tax.

The price didn’t seem to deter fans as it’s almost sold out! As of Wednesday morning, the only size available is small/extra small. Some are already asking for a restock.

The site advises you to order by October 7 if you want it delivered by October 21.

It’s available while supplies last, so grab the fit before it’s too late!  You will have to supply your own face wrappings if you want to really capture your inner ‘Weeknd.’