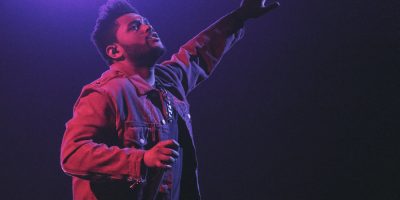 The Weeknd has had a stellar year, until Abel attempted to start the After Hours Until Dawn tour in Toronto on Friday June 8th!

Huge outages on the Rogers mobile and internet forced him to cancel the show scheduled at the Rogers Center 30 minutes before doors opened.

Thankfully, the rescheduled date has FINALLY been announced after almost a week and a half! The Weeknd will be back at Rogers Center on September 22nd with special guests Kaytranada and Mike Dean.

All previously purchased tickets will be honoured for the new date!

Hopefully the new date will soothe fans who were furious about the show’s late cancellation.
Many fans found out on social media even WHILE waiting in line outside of the area, via this tweet:

The crowd outside chanted F**K Rogers multiple times in a viral video:

Abel posted a note at 7:30 after the show was confirmed to be cancelled:

The Weeknd wasn’t the only person upset, in fact, one young fan went VIRAL because how upset he was. Abel tweeted out asking for fans to help find him:

6 year old Phoenix Prince and his dad Blake were on their way home, but The Weeknd had other plans!

Two days after the viral tweet, Abel’s team invited the pair to the next stop in the tour, Philadelphia, and gave them the FULL VIP experience.

They got a first-class flight to Philly, a tour of the stadium, met the band and backup dancers, played with the soundboard, and of course a meet and greet with The Weeknd himself:

The pair got to watch the show from a VIP box, front row, and basically anywhere they wanted in the stadium!