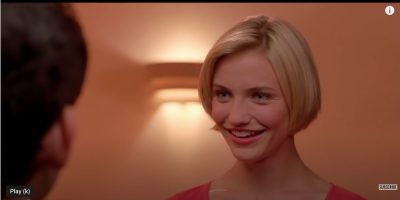 In case you were wondering, these are the most romantic names according to books and films.

Research shows that some names are just naturally sexier than others. Here’s what the research found.

Jack ranks number one, having been chosen by the world’s leading romance writers as the lead character’s name in nine books and films. For example, Titanic’s Jack Dawson (1997) and Brokeback Mountain’s Jack Twist (2005). Nick, James and Ben all tied for second.

The name Sam is 4th. It was the name given to Patrick Swayze’s character in Ghost (1990), which features a scene so steamy it made sloshing around a pile of cold, wet clay seem sexy.

Mary tops the list of the most romantic women’s names, though she’s more popular with film writers than novelists. The name features in several films, including the classic There’s Something About Mary (1998), About Time (2013), and Ammonite (2020).

Kate also sits second, being the name of Reese Witherspoon’s character in the 2008 festive romcom Four Christmases. Julia and Eva also tie Rachel and Kate for the second spot.

In the number 3 spot are Susan, Sofia, Mia, Bella and Anna!