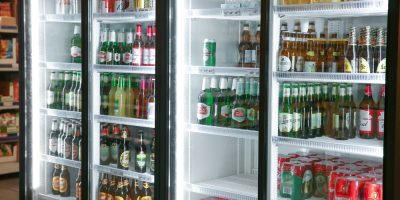 You’ve probably gone through a check-out line and thought, “They’re totally going to judge me for this.”  Maybe you’re a young woman buying 10 frozen pizzas for a party, or a middle-aged guy purchasing a BTS album at a hip, indie record store.

There’s a thread online where cashiers are talking about the purchases they HAVE judged people for buying.  Here are a few highlights:

1.  Parents who will buy booze and cigarettes, but scream at their kids to put bottles of juice or candy back.  One cashier said a young male customer was once buying various junk food and children’s flu medicine, and when the total came up, he was short, so he put the medicine back.

2.  Lottery tickets.  Especially when people blow through the money the cashier makes on their entire shift in a just couple of minutes at the counter.

3.  Expensive, “premium” bottled water.  Not just because it’s (arguably) a waste of money, but because there’s also a lot of plastic waste.

4.  Anything in a large amount.  One cashier once had a person buy 15 cases of Red Bull, and they also “looked like they were 12.”

5.  A cashier at a pet store said they’ve judged people who buy a pet, and the “cheapest, trashiest” food there is.

6.  A worker at a movie theatre said they judge people who bring their kids to Rated R movies, like bringing a seven-year-old to “Deadpool”.

7.  A McDonald’s cashier wonders about people who order a coffee, with 10 or more sugars.”

10.  This one is probably the best:  Bizarre combinations.  Every cashier has probably sold everything in the store at least once, so nothing is a big deal.  Except when it’s paired with certain other items.

For example, one person said, “An older gentleman brought up a large glass jug of red wine, and two potatoes.  I didn’t say anything, but I thought to myself:  ‘This guy has plans for the weekend.’”

Another person remembered this combo:  “A lady had feminine deodorant spray, Summer’s Eve douche, a can of bug spray, and a fly swatter.”

And a smart aleck joked, “Someone buying donuts, donuts holes, and glue.”

(You can browse the entire thread, here.)