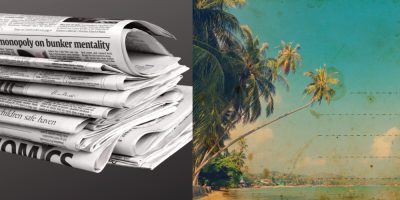 It’s 2023, which means that you might have to be in your 40s to remember a time before the Internet.

And some stuff that was only around for a few years, like Friendster, Koosh balls (you can still buy them on Amazon), and Jonathan Taylor Thomas, is in danger of being forgotten.

Friendster, FYI was Friendster was a social network game based in Mountain View, California, founded by Jonathan Abrams and launched in March 2003. It officially died in 2018.

A new poll asked people how often they did various “retro activities.”  They included people of ALL AGES, and here’s a rundown of what they found:

4.  10% haven’t taken photos on a non-disposable camera that used film.

5.  10% haven’t used a wall calendar to keep track of birthdays and events.

7.  12% haven’t used a fountain pen to write.  (It’s shocking that 88% have unless they were a little loose on their definition of “fountain pen.”  That might be the case.  13% say they “currently” use fountain pens.)

12.  18% haven’t used a physical road map.  (This one is underappreciated.  The next time you’re navigating an unfamiliar area with navigation on your cell phone, imagine trying to do it with a paper map.)

13.  19% haven’t connected to the internet using a dial-up connection.