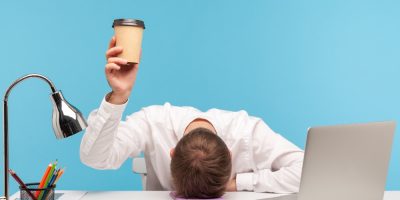 We’ve heard over and over that the average adult needs between seven and nine hours of sleep a night.

If you have the odd bad night, it’s not a big deal, but if you’re consistently struggling to sleep, you could face the consequences.

This is what can happen when you’re not well-rested.

Research has also found that a lack of sleep can make us feel low. It can cause us to have a reduced capacity for remaining positive when faced with emotionally challenging events. You might also feel less able to enjoy positive experiences.

Weakened Immune System!
When we’re asleep, our bodies are working extra hard, fighting off infection. While you sleep, your immune system produces protective, infection-fighting substances such as cytokines. It uses these substances to combat foreign invaders such as bacteria and viruses. These cytokines also help you sleep, giving your immune system more energy to defend your body against illness. So if you’re not getting enough sleep, you’re not producing as much of these magic cytokines.

Menstrual irregularities can also become an issue, and weight gain is possible also.

Ever wondered why you’re ravenous after a bad night’s sleep?

Whilst we’re sleeping, hormones such as cortisol, leptin and ghrelin are regulated – which are the hormones that are important in the control of weight. A lack of sleep decreases the levels of these hormones in the blood. Long-term lack of sleep increases appetite, overeating and weight gain.

Loss of Productivity!
This one probably comes as no surprise – if you don’t get enough sleep, you’re far less productive during the day. One US study found that employees who averaged five hours of sleep a night lost 2.22 days of work a year, compared to the 1.48 of those that got eight hours.

Not getting those sleeping hours in can affect your health in many different ways. Research suggests people are at greater risk of cardiovascular diseases such as hypertension, stroke and heart attack. There’s also an increased risk of diabetes and other chronic conditions.

Not only that, but a lack of sleep is also associated with memory and cognitive impairment – it even increases your risk of Alzheimer’s.

6 Ways People Are Improving Their Sleep Routine In 2023!