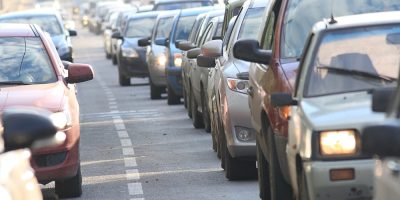 A new report came out by a traffic analytics company that drew from four years of data using mobility and GPS systems to identify traffic patterns in various cities worldwide.

The report says that Canadian commuters lost an average of 118 hours sitting in traffic on GTA roads and highways in 2022.

In North America, Toronto ranked third behind Chicago and Boston.  According to the report, London, Chicago and Paris are the worst cities to drive in.

According to the report, the average vehicle speed in Toronto in 2022 was 24 km/h.

Montreal, Vancouver, Winnipeg and Calgary round out the top five cities in Canada for congestion.