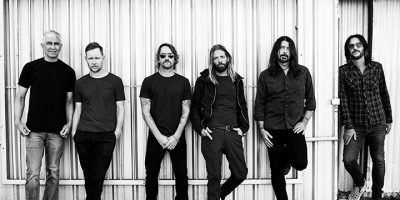 This Sunday’s 64th Annual GRAMMY Awards come with the promise of performances from Carrie Underwood, John Legend, J Balvin with Maria Becerra, and a freshly added performance from Silk Sonic.

This year’s award show will not only pay tribute to Hawkins but will also highlight three genres of music that are not typically featured in the telecast.

The award show’s producers have aimed to highlight gospel/Christian music, tropical Latin and bluegrass – three genres that are not typically part of the ceremony.

The Foo Fighters were initially confirmed to perform at this year’s award show, but have since canceled all of their concerts and performances for the foreseeable future. GRAMMYs producers are now developing a proper tribute that will take place during the telecast.

The performances and Hawkins tribute will air live on the CBS telecast from the MGM Grand Garden Arena in Las Vegas on Sunday, April 3 at 8 PM EST. The show relocated to Sin City this year from its initial home in Los Angeles’ at the Crypto.Com Arena, due to prior COVID-19 concerns.