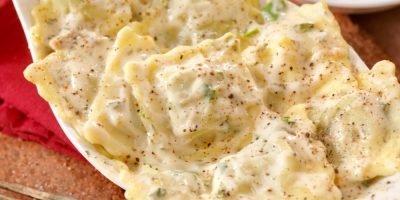 A tractor-trailer wrecked on a Tennessee highway on Tuesday afternoon, and unfortunately, it was packed with jars of Alfredo sauce, so it required a massive clean-up that continued into yesterday.  Workers were even using a bulldozer to scoop up all the sauce and broken glass.

One woman was taken to the hospital, but it sounds like it isn’t serious.  This is great because no one wants spilled Alfredo sauce to be their undoing.

The day before another big rig crashed in California, and that one was carrying tons of tomatoes.  It’s hard to imagine anything being messier than Alfredo sauce, but tomatoes aren’t far off.