If you have an Italian background, you probably already know this…The secret to an epic tomato sauce is super simple!

Italian American Food writer Marcella Hazan and every other Italian say a simple sauce is very economical and easy to make.

It’s far cheaper and healthier than any store-bought product.

Related: The Best Food For Leftovers…

Marcella, who died back in 2013, was born in Cesenatico, Italy, in 1924 and went on to open a New York cookery school and write popular cookbooks, so she knows a thing or two about the subject.

According to Marcella, all you need is canned tomatoes, onion and butter! 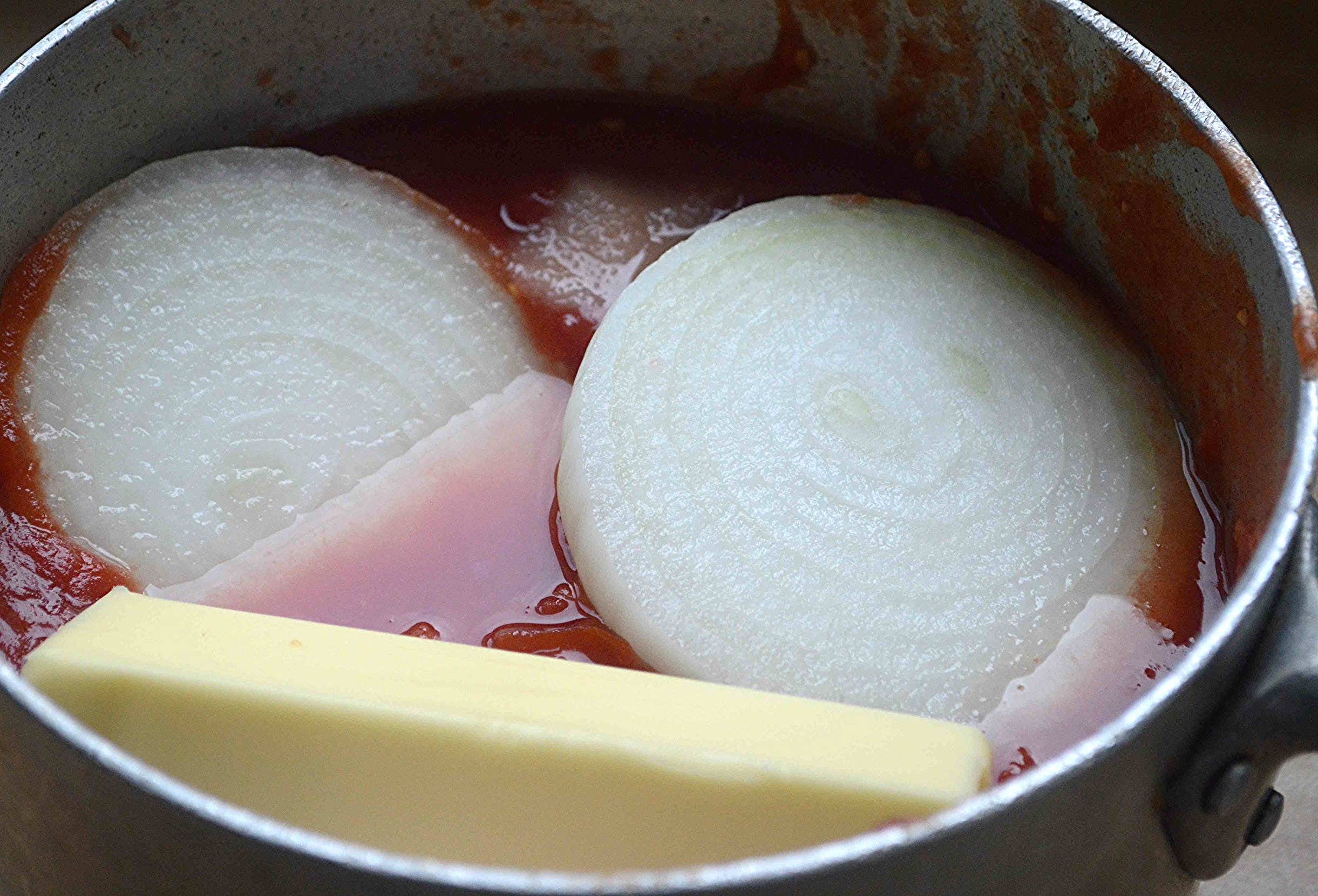 The 1992 recipe is still revered by food writers and cooks alike. No chopping is required.

The instructions say to put half a peeled onion into a pot with butter and canned tomatoes and to leave it all to simmer for 45 minutes.

Food publication Delish dubbed the sauce “the best in the world.”  “No other preparation is more successful in delivering the prodigious satisfaction of Italian cooking than a competently executed sauce with tomatoes,” Marcella says in her book.

If you don’t want to use butter, you can use olive oil.  Toss in red onion and a couple of cloves of garlic for a little extra flavour. 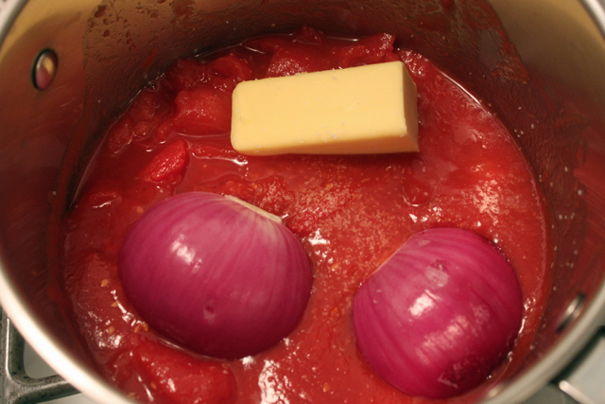