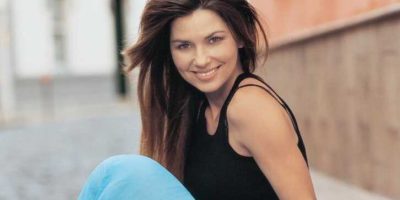 Shania Twain has kicked off 2023 in a great way! She has released the new track and Official Dance Video for “Giddy Up!”

Shania starts the video getting down and dirty in a mechanic shop then fellow workers join a choreographed dance then blue collar workers and customers in a diner, grocery store and bar bust out the moves to GIDDY UP!

Shania posted on Instagram “Giddy Up! represents the ‘night on the town Shania’ whose prerogative is just to have a little fun and go totally crazy!! I wanna see you tearing up the dance floor in your best cowboy boots to this one.”

Shania was quoted in an interview saying: “Music is my great escape. It’s my ‘Me Time’…songwriting is this creative space where I can just make up whatever it is I want to feel/” We are feeling what she is feeling and feels good with this new anthem for 2023!

Shania recently said her 2022 Coachella performance with Harry Styles was ‘one of the highlights’ of her career and said she has a sweet friendship with Harry Styles. Harry headlined the event in April 2022 and invited Shania on stage with a surprise performance a few of her hit songs Man! I Feel Like A Woman and You’re Still The One.

Shania Twain’s new album “Queen of Me” featuring 12 tracks (2 Bonus Tracks on Target CD) is scheduled to be released on February 3.