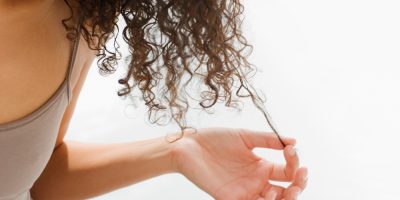 Cooler autumn temperatures, prolonged exposure to the sun during the summer months and the stress of a regular work/school routine are to blame!

Our peak shedding month is early fall, but hair loss slowly declines, with the lowest rates seen in January!

Triggers for hair loss are sunburns, changes in hormone levels and diet.

According to an expert in this field, “September is considered the worst month for hair shedding, commonly thought to be related to temperature changes in the northern hemisphere.”

“But October is the turning point for hair as shedding starts to reduce until the lowest rates of hair shedding in January.

“Stress impacting hair loss can be categorized into the five D’s: Death, Divorce, Debt, Diagnosis and Dismissal – things that aren’t uncommon for most of us.”

Stressful times at work, having babies and getting a divorce was among the top life events that triggered significant changes in our hair, according to the research, released to mark Hair Loss Awareness Month.

And four in 10 were not expecting it, although it came as a shock to more women (43 percent) than men (38 percent).

The average age to first notice hair thinning is 34, according to the study.

1.    September is considered the worst month for hair shedding

4.    You grow between 0.3 – 0.5mm of hair every day, which equates to growing circa 36 metres of hair a day if they were all joined together end-to-end