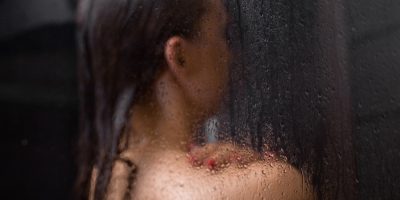 We’re showering less these days and here’s why!

According to a new survey, about 41 percent of people describe themselves as ‘latherers’ when it comes to their washing routine.

But due to the current economic climate, over half of the people have made changes to the way they shower to save money and reduce household bills.

In addition, 20 percent of those who have children are washing them all together as opposed to individually.

More than three in 10 (31 percent) are showering less regularly, while 29 percent are now even sharing the shower with their other half.

With the average adult spending a swift six minutes getting clean, more than half (56 percent) switch the water flow off completely while they wash their hair or body.

A third are even using their phone timers to make sure they don’t keep the water running too long.

The average household will argue three times a week about how long each member spends in the shower.

Relaxing’ and ‘refreshing’ are among the top reasons why people enjoy having a shower.

The study, conducted via OnePoll, found that 29 percent will step into the shower to simply enjoy some peace away from the kids.

Save money with shorter showers

Whether you pay your water bill directly or it’s rolled into a rent payment, shorter showers can save you money. You’ll save money on water, gas or electricity for heating it, or both. The cost of your water heating system accounts for about 18% of your home’s utility bill, the second-largest utility expense