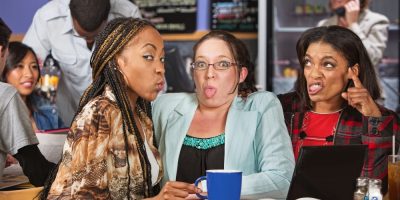 Online dating has opened up a whole new world of singles, which means people can afford to have higher standards.

People have become very set on what they want in a partner.

A poll of 2,000 adults found nearly half have ended a relationship because of an ‘ick’, and 56 percent have ghosted someone completely.

12 percent have called it quits with a romantic interest because they were obsessed with star signs, while 11 percent have ended it with someone who clapped when a plane landed.

A tenth of men would also happily break it off with someone who wanted to share food on a first date.

The study found that simply smelling bad is the top ‘ick’ followed by pretending to be more knowledgeable about something than they really are and being overbearing or rude.

67 percent describe themselves as at least somewhat picky when it comes to finding a partner, with 22 percent being ‘very picky’.

TOP 40 THINGS THAT GIVE ADULTS THE ‘ICK’