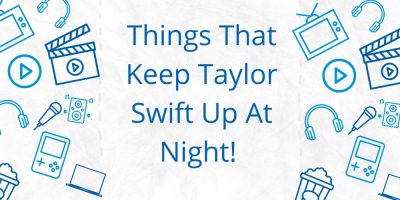 In anticipation of her 10th studio album, Swift teamed up with Spotify to share some of the things that keep her up at night.

She reveals the things that keep her awake include self-loathing and fantasizing about revenge.

The new album will feature her single “Anti-Hero,” along with a collaboration with Lana Del Rey called “Snow On The Beach.”

Swift has also shared the full 13-song tracklist for the album.

Swift will appear on “The Tonight Show Starring Jimmy Fallon” on Oct. 24 to promote the album. She is also set to announce an upcoming live tour.