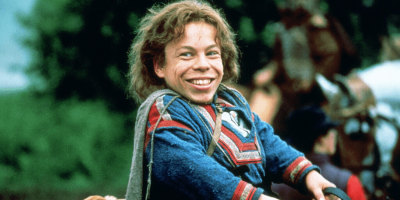 It’s been 34 YEARS since a small sorcerer wandered onto our screen, and into our hearts!

And now? He’ll be returning.

Willow will be turned into a TV series and releasing sooner than you think!

The series was announced back in October of 2020.

Willow, an Original Series from Lucasfilm starring @WarwickADavis, with pilot directed by @JonMChu, is coming in 2022 to #DisneyPlus pic.twitter.com/W5QF9eu0Ie

Willow has received not only it’s premier date, but also a brand new teaser trailer:

Series director Ron Howard will be returning, but in an executive producer role. Fret not! Val Kilmer’s Madmartigan WILL be coming back to the series, as confirmed in a recent interview with Yahoo!

Of course Warwick Davis will be reprising his role as the titular character, Willow.

The series is set to debut on Disney+ on November 30th!