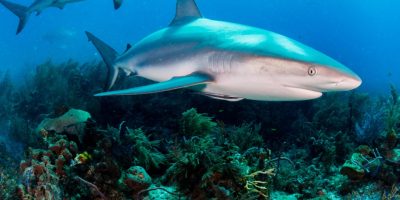 We’re in the middle of “Shark Week,” so a new poll asked Americans how much they fear sharks.

A story published by the CBC in 2020 reports that more sharks are showing up in Atlantic Canada, so Cancuks share the same fears as our American friends. Even though there is a 1 in 3,748,067 chance of dying from being bitten by a shark-they are still terrifying creatures that should be protected.

73% of Americans believe that sharks should be protected and not killed unless absolutely necessary.

Also, men don’t fear sharks as much as women, and senior citizens 65 and older aren’t as afraid as younger people.