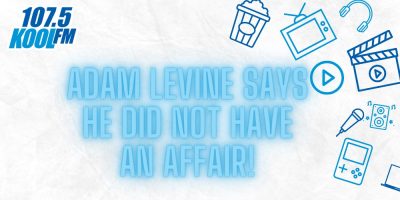 Adam says the IG model who claims she was manipulated into having a year-long physical relationship with him is full of it! Levine does admit to crossing the line with Sumner Stroh, but says he never slept with her.

Adam tells TMZ, “I used poor judgment in speaking with anyone other than my wife in ANY kind of flirtatious manner. I did not have an affair, nevertheless, I crossed the line during a regrettable period of my life.”

Sumner claimed she was tricked into having an affair with the singer … saying it happened at a point when she was young and naive — adding she now feels exploited.

Adam and Behati have been together since 2012 — they did split briefly in May 2013 but announced their engagement a couple of months later.

They tied the knot the following year … they’ve gone on to have 2 kids together — 5-year-old Dusty Rose and 4-year-old Gio Grace.

Sumner has 419K followers on IG.  A year ago Stroh was also active on YouTube with more than 6000 followers doing beauty, fashion, and travel vlogs to beach paradise destinations.

It’s worth noting, that since the story broke on Monday, a few other women have come forward with allegations of flirting from Adam Levine.