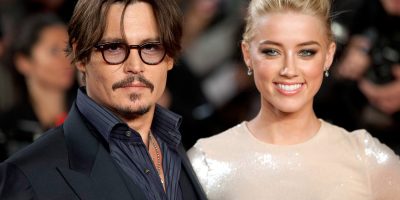 Amber heard is ready to star in a new movie as Johnny Depp eyes a Hollywood comeback.

As the jury deliberates on the verdict in their blockbuster defamation trial, Amber Heard and Johnny Depp are preparing for more blockbusters.

Namely, Heard will appear to appear in two films: “Run Away With Me” and “In the Fire.”

And let’s not forget about ‘Aquaman and the last Kingdom’ in which her role was slightly cut.

Depp — who was seen performing on stage over the weekend as the jury deliberated — is rumoured to be cast in the “Beetlejuice” sequel, directed by Tim Burton.

While the “Pirates of the Caribbean” star isn’t a stranger to Tim Burton films— appearing in “Edward Scissorhands,” “Alice in Wonderland,” “Sleepy Hollow” and “Charlie and the Chocolate Factory”

According to the film’s IMDb page, the sequel — set to premiere in 2025 — follows the “original cast and crew plus new additions” as they find themselves homeless.

Depp and Heard have been in court for the past six weeks!

Depp sued Heard for $50 million for defaming him in her 2018 Washington Post op-ed that claimed she was a “public figure representing domestic abuse,” allegedly costing him his reputation and potential earnings. Meanwhile, Heard countersued her ex for $100 million, saying his claim — that her statements about being abused were false — devastated her reputation and career.