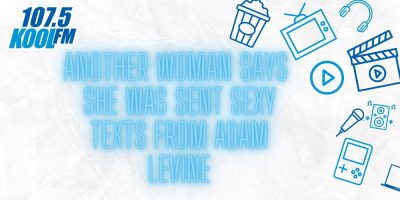 Fitness model, Ashley Russell told the Daily Mail that Adam Levine liked many of her posts on Instagram and send her direct messages almost every night around 10 pm.

Russell says that Levine spotted her workout video posts and began sending her messages when she was a university student earlier this year.

She told the publication that he’d mainly like stories that she posted of her working out her legs or booty.

“I knew it was weird so I wanted to keep it going to see if it got worse,” she said. “When I told him he was going to get caught DMing girls like me, he stopped texting me.”

Russell, who was 20 at the time, said that Levine continued to view her Story posts.

Russell is the fifth woman who has alleged the soon-to-be father of three was flirty on social media.

Sumner Stroh went viral on Monday with her allegations that she had an affair with Levine, and since then a few other women have come forward with their encounters with the Maroon 5 Frontman.

Even Adams’s former yoga teacher accused him of sending dirty texts and called him out.

After Stroh claims he was a cheat, Levine took to Instagram to deny her allegations.