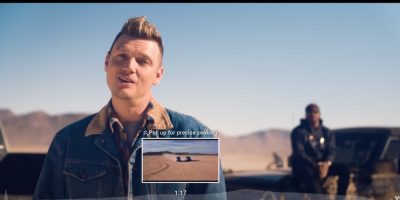 The lawsuit was filed on Thursday by a woman claiming Carter Rapped her and gave her HPV.

An attorney for Carter said the allegations against the singer were “entirely untrue.”

A woman accused Backstreet Boys’ Nick Carter of raping her at a concert in Washington State two decades ago, when she was 17, according to a lawsuit.

According to the suit, which was filed in Clark County District Court in Las Vegas, where Carter lives, the pop star allegedly gave the woman HPV and threatened her with jail if she revealed what happened.

According to the suit, Carter, then 21, allegedly invited the woman to the group’s tour bus after a show in Tacoma, Washington, in February 2001.

After joining him, she said he provided her with what appeared to be an alcoholic drink, according to the suit. In the bus’ bathroom, he allegedly forced her to perform oral sex and demanded that she stop crying after she erupted in tears, the suit alleges.

Carter raped her a second time on a bed near the back of the tour bus while she begged him to stop, the suit alleges. At the time, she was a virgin, according to the suit.

The woman feared reporting the incident because of Carter’s alleged threats. The lawsuit claims that Carter threaten to ruin her life if she told anyone.

The suit is seeking more than $30,000 in compensatory and punitive damages.