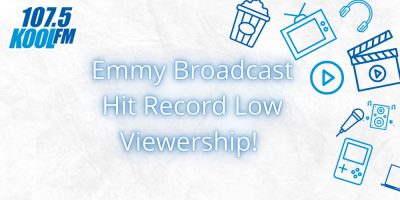 “TV’s biggest night” of 2022 was its smallest in history.

Additionally, this year’s Emmys had a 1.0 rating among adults aged 18 to 49 — the lowest score they’ve ever received among core audiences.

Since streaming apps have come along, the diversity of television offered today has posed a challenge for the Emmy producers, now unable to find more of an audience.

The last time it cracked double-digit millions was in 2018, drawing 10.2 million fans.

The show reached its highest viewership level in 2000 with a whopping 21.8 million viewers.