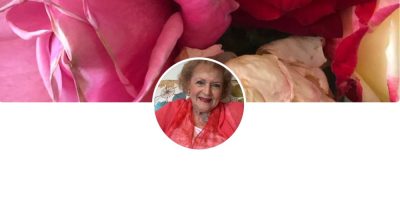 Betty’s agent revealed that the legendary actress died of natural causes and in her sleep.

White’s close friend and agent Jeff Witjas told ABC News, “My understanding is it was natural causes. She died in her sleep, in her own bed. It’s as simple as that.”

Betty didn’t have illnesses. She didn’t have anything. People are putting it out there that she had the booster on Dec. 28 and that she had [side] effects. She never had a booster,” he added. They’re politicizing her death.

While White never had biological children of her own, she is survived by David, Martha, and Sarah Ludden, her stepchildren from her marriage to Ludden, who died of stomach cancer in 1981. She never remarried following his death telling the late Larry King that “once you’ve had the best, who needs the rest?”

In a previous statement to People, Witjas, who was also White’s longtime friend, noted: “Even though Betty was about to be 100, I thought she would live forever.”

White’s touched the lives of many with a career spanning eight decades. Her most memorable roles include the witty Sue Ann Nivens on the long-running “The Mary Tyler Moore Show” and the sweet Rose Nylund in the groundbreaking series “The Golden Girls,” which ran for seven seasons.

She enjoyed recurring roles on “Boston Legal,” “The Bold and the Beautiful,” and “Hot in Cleveland,” in addition to appearances on “Bones,” “Community,” and “Young and Hungry.”

To add to her impressive resume, she became the oldest host of “Saturday Night Live” in 2010.