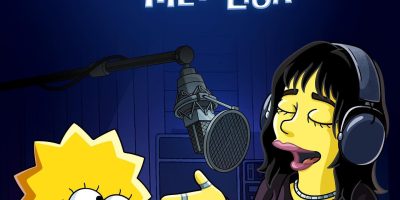 Billie and Finneas are coming to Springfield!

On April 22nd Billie and her brother will star in an upcoming short titled The Simpsons: When Billie Met Lisa on Disney+.

The short will see Lisa Simpson get “discovered” by Eilish and her sibling while “searching for a quiet place to practice her saxophone”. The synopsis adds Billie invites Lisa to her studio “for a special jam session she’ll never forget”.

Related: Sadly, The Simpsons Predicted The Russian Invasion of Ukraine…

Billie and Finneas recently made headlines at the 94th Academy Awards on March 28, after taking home the Oscar for Best Original Song for the James Bond theme ‘No Time to Die’, from the film of the same name.

This past weekend, Eilish headlined Coachella Valley Music & Arts Festival 2022 — where she performed alongside Harry Styles and the Swedish House Mafia.