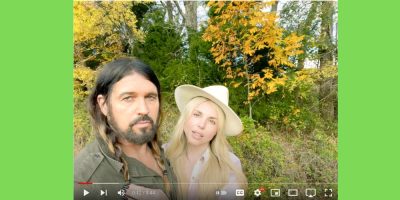 Billy Ray no longer has an “: Achy Break Heart”

Cryus announced his engagement to 34-year-old Firerose, a singer from Australia.  And in case you were wondering, Billy Ray, is 61!

The happy news comes after his former wife, Tish Cyrus, filed for divorce from him in April after 28 years of marriage. According to her filing, they had not lived together for two years.

As he tells it he and Firerose met 12 years ago when she was at Disney’s studios for an audition and came over to say hi to Cyrus’ dog, Tex. The star offered to take her onto the set of his daughter Miley’s hit show, “Hannah Montana” to meet people. He and Firerose stayed in touch after.

She asked him to listen to her music and their friendship turned into a creative partnership. They released the single “New Day” in July 2021.

Firerose was there for him, he said, during the height of the pandemic and when his mother Ruth Ann Casto died four months after his divorce.