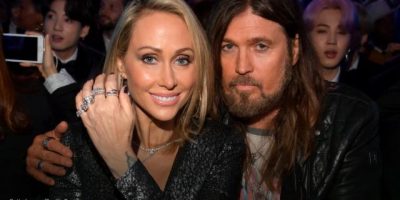 The couple has been married since 1993! Tish Cyrus has filed for divorce from Billy Ray Cyrus after the two have been married for nearly 30 years.

According to TMZ, Tish filed for divorce in Tennessee last week. The couple shares five children including Noah and Miley Cyrus. Noah is the youngest of the children at 22 years old, meaning there won’t be a need to figure out the custody of any of the kids. This marks the third time the couple has filed for divorce as Billy Ray first did so in 2010 before calling it off. Tish filed back in 2013, which was then called off shortly later.

The couple got married in 1993 in the living room of their Franklin, TN home. 25 years later, Miley married Liam Hemsworth in the same spot.

Billy Ray recently celebrated the 30th anniversary of his signature song “Achy Breaky Heart” from his album Some Gave All.

It took the song three months before it reached the number one spot, but from there, the accomplishments flooded in. It became the first Country song to reach platinum status in nine years following Dolly Parton and Kenny Rogers’ “Islands In the Stream.”

Additionally, it made the charts as a top 30 hit in more than 10 countries and hit #1 in Australia, New Zealand, the United States, and Canada.