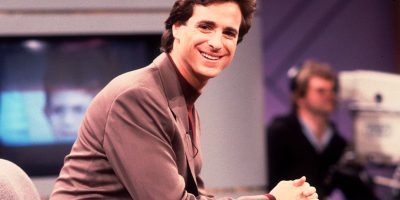 The latest comes from Netflix, which has just announced the date for an upcoming, star-studded tribute special for the late, beloved comedian.

Revealed during last week’s “Netflix is a Joke” festival in Los Angeles, the special will be called, appropriately, “A Tribute to Bob Saget.”

It will be a celebration of his life and work from friends and family, including “Full House” co-star John Stamos, plus fellow comedians Jim Carrey, Chris Rock, and Jeff Ross, and musician John Mayer.

The content will be culled from a live memorial event that was filmed at The Comedy Store in West Hollywood following Saget’s death in early January.

Related: Could What Happened To Bob Saget Happen To You?..

Some mystery surrounded Saget’s death, as it took a while for details of the tragic accident to become public. But it took no time for his friends to gather to pay homage to the funnyman who led a kind of double comic life.

One, he was everybody’s ideal dad on “Full House,” while when out in the comedy clubs at night, he could break out some surprisingly blue material. The contrast led to Saget having a wide array of industry friends, so expect some other surprise faces to appear on the special.

“A Tribute to Bob Saget” will premiere on June 10 on Netflix.