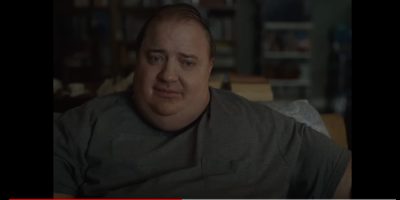 Fraser’s performance in “The Whale” has put him in consideration for awards this season, but Brendan says he won’t attend the Globes if nominated in January.

Fraser says that back in 2003 he was groped by a longtime Hollywood foreign press Association Member Philip Berk who was a former president of the organization behind the Globes.  Fraser said it happened at a luncheon in the early 2000s.

Philip Berk is a member from South Africa and was recently expelled from the HFPA after calling Black Lives Matter “a racist hate movement.”

Last year’s Golden Globes were riddled with scandal over ethical indiscretions and revelations that the HFPA at the time didn’t include any Black voting members.  Many A-list celebrities said they would boycott the broadcast that is scheduled for January 10th.

Fraser is featured on the cover of GQ which was released on Wednesday.

In Darren Aronofsky’s “The Whale,” which opens in theatres Dec. 9, Fraser plays a reclusive English teacher living with obesity who attempts to reconnect with his estranged daughter. He’s nominated for outstanding lead performance at the upcoming Gotham Awards and is widely considered a likely best actor nominee at the Academy Awards.