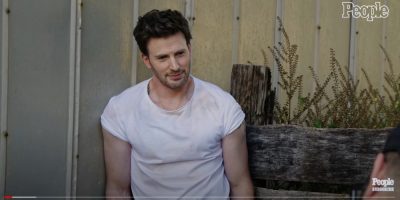 Chris told the publication, “My mom will be so happy.” “She’s proud of everything I do but this is something she can really brag about.”

Stephen Colbert made the announcement for People on their website on Monday night.

Evans, who for nearly a decade played Captain America in Marvel’s sprawling superhero films, takes the baton from another Avenger, Paul Rudd.

Evans’ first film role came in 2000′s “The New Comers” and he played the superhero Johnny Storm in two “Fantastic Four” films released in 2005 and 2007. But he gained widespread fame in 2011 with the release of “Captain America: The First Avenger.”