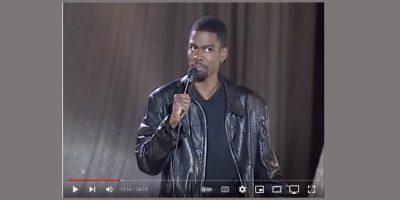 Netflix announced Thursday that the legendary comedian will make history as the headliner of the streaming giant’s first-ever live, global streaming event.

It will be Rock’s second Netflix stand-up special. His first, “Chris Rock: Tamborine,’ debuted in February 2018.

Though this will be Netflix’s first time streaming one, it is no stranger to live comedy events.

“Netflix is a Joke: The Festival” took place in spring and featured more than 330 comedians who performed 295 shows across more than 35 venues in Los Angeles, including the first-ever stand-up show at Dodger Stadium. The event sold more than 260,000 tickets.

Rock has been on the road with his Ego Death World Tour and has a series of comedy tour dates scheduled for venues in California in December with a friend and fellow comic Dave Chappelle.