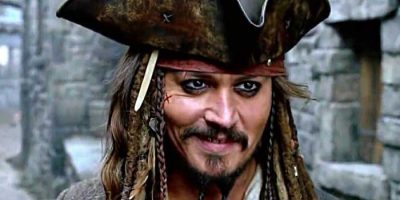 If reports check out, he may be getting to walk the plant again!

According to a new report, rumours are swirling that Disney is working with the actor on a “$301 million deal” for a sixth Pirates of the Caribbean film and spinoff series.

The last Pirates film he made was 2003’s Pirates of the Caribbean: The Curse of the Black Pearl!

Reports suggest that Disney is very interested in working things out with Depp.  However; jury the trial between him and his ex-wife Amber Heard, Disney executives testified that he was difficult to work with.

Disney dropped the actor in 2018 following the op-ed written by Heard that suggested she was a victim of domestic abuse.

But a representative for the actor shot down the report telling NBC News (via E! News), “This is made up.”

During his six-week-long defamation trial, Depp claimed that Heard’s article ruined his reputation and led to a slew of cancelled projects, one of which being a sixth Pirates movie that would have seen the actor pocketing $22.5 million to reprise his role as Jack Sparrow.