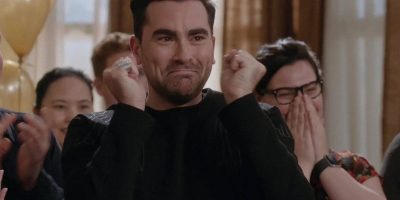 Levy has just launched a production company to house many of his upcoming projects.

Levy’s Not A Real Production Company, was announced on Monday and will oversee several upcoming shows, including the HBO Max series “Big Brunch.”

Other projects in the works include the adult animated comedy “Standing By” on Hulu, about a group of guardian angels fed up with looking out for humans who can’t seem to look after themselves.

Levy also has a TV deal at Netflix, which also has a first-look agreement to handle his feature directorial debut.

Dan is launching the company with publicist Megan Zehmer who will serve as president of film and television.  Levy says that Meghan was a huge reason for the success of “Schitt’s Creek” as she handled all the PR.