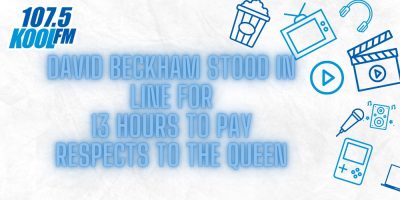 David Beckham said he waited for over 12 hours alongside other members of the public on Friday to pay his respects to the late Queen Elizabeth II.

“I grew up in a household of royalists, and I was brought up that way,” Beckham told British broadcast ITV News from the line. As he was giving the interview, he kept moving forward as the line snaked towards Westminster Hall.

“I get told off if I hold the lineup,” Beckham said.

Early Friday, the wait to visit the queen lying in state was so long that the line was temporarily paused for six hours.