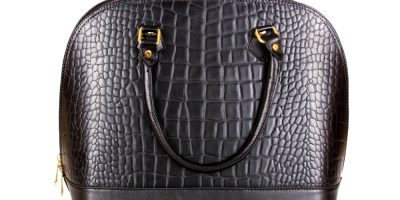 Her Majesty virtually always had a purse on her arm to match.

Not only were her handbags practical fashion statements for the Queen, but, according to various royal experts, they also helped her communicate secret messages to her staff about when she wanted conversations to end.

According to author and royal commentator Kristen Meinzer, if the Queen swapped her purse from one arm to the other, she was signalling to her ladies-in-waiting that she wanted someone to come and interrupt the conversation.

And if she wanted to get out of the situation immediately, the Queen would place her bag on the floor. According to royal historian Hugo Vickers, who divulged handbag-centric secrets to People in 2011, the Queen spinning a ring on her finger would send a similar message.

And according to the Telegraph, if there were a dinner that Her Majesty wanted to end within the next five minutes, she’d place her bag on the table.

If she happened to be taking callers at Buckingham Palace, there was also a handy secret buzzer the Queen could use to signal that it was time for her guests to leave.

The Queen isn’t the only one to have used her handbag as a handy tool for navigating social events – the Duchess of Cambridge is said to always carry a clutch bag in front of her in both hands to avoid awkward handshakes.