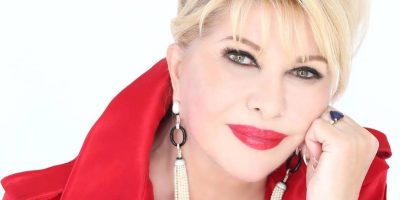 Donald Trump took to his social media site to announce the death of his first wife saying,

“She was a wonderful, beautiful, and amazing woman, who led a great and inspirational life,” he wrote on Truth Social. The couple had three children, Donald Jr., Ivanka and Eric.

According to sources, Ivana was found near a staircase in her Manhattan home unconscious.  Police are looking into whether she fell down the stairs, but are ultimately saying that she dies of natural causes.

She was born in the Czech but immigrated to North America, spending time in Canada before moving to the US. She met Donald Trump in the 70’s and were married in 1977!

Donald and Ivana were a power couple in the 80s, with Ivana credited with helping build their public image and the family business.

She was a businesswoman and model.  She managed one of Trump’s Atlantic City Casinos and helped make the Trump Tower an iconic building in the 80s.

The two were fixtures of New York’s see-and-be-seen scene before their equally public and messy 1992 divorce. Donald had by then met his next wife, Marla Maples.

Ivana herself eventually appeared in the 1996 hit film The First Wives Club, delivering the now-famous line, “Ladies, you have to be strong and independent, and remember, don’t get mad, get everything.”