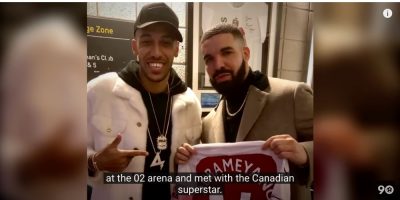 Drake did pick Argentina to beat France at the World Cup Finals, however; Drake “bet in a market where extra time isn’t counted and the result is determined based on the score after 90 minutes of play.”

If you missed one of the most exciting soccer matches ever, the two teams were tied 2-2 and went into extra time before a shootout would determine Argentina winning 4-2 on penalties.

Had Drake’s bet paid off, he would have pocketed $2.75 million — a profit of $1.75 million. Drake gambles with a cryptocurrency -Stake- and they even called out the “Drake Cruse.”

For those unaware, the “Drake Curse” emerged after an unscientific study determined that when Drake wears the jerseys of the teams he supports they have a tendency to lose.

Pics flooded Twitter featuring DRAKE smiling with various other players on Team Canada as proof the “Drake Curse” was to blame for the loss.