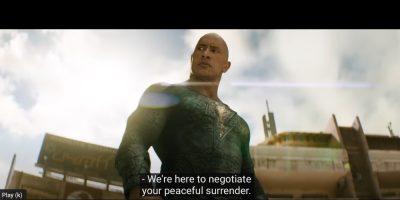 With a new person in charge of the DC cinematic universe, there will be no sequel to ‘Black Adam.’

Johnson said he and Director James Gunn spoke and this character will not be in their first chapter of storytelling!

Black Adam only brought in US$391 million at the worldwide box office, which is financially disappointing to the franchise as it costs $190 million to make.

Johnson says there is no bad blood between him and the new leadership team in place at DC.