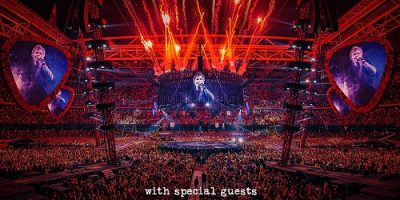 Ed Sheeran is working on a new album!

Ed Sheeran took to social media recently to announce that ‘Shivers’ had just hit a billion streams on Spotify and he’s over the moon about it.

Success often leads to more success and motivates you to achieve more, enters a new album for us!

He may have time while travelling to write some new tunes, as his Mathematics tour kicks on in May!

During an episode of Armchair With Dax Shepard Ed announced that a collaborations album is his next project!

Earlier this year, Ed became the first artist to hit 100 million Spotify followers and as of recently, his single ‘Shivers’ has hit a billion streams on Spotify, which makes it his 11th song as an artist and his 15th as a writer.