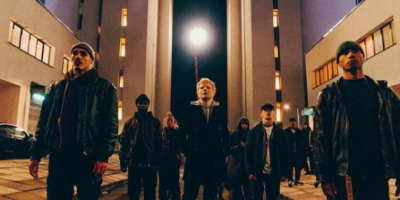 Ed Sheeran is giving back uniquely! The pop superstar is releasing a music video for the “2 Step” remix and will donate proceeds from the video to Ukraine.

Ed filmed the 2step video last year in Kyiv. The video comes out 5am on Friday this week and proceeds from the YouTube streams will go to the DEC’s Ukraine appeal. 🇺🇦 pic.twitter.com/ZqmLhfucjp

Earlier this year, Russia invaded Ukraine, resulting in a war that killed more than 2,000 Ukrainians and injured nearly 3,000.

“We filmed the 2step video last year in Kyiv and although it was my first time there, I quickly loved the people and the place. There was no sign of the horror that was to come to Ukraine and my heart goes out to everyone there,” Sheeran captioned an Instagram video yesterday.

The Pop singer enlisted Lil Baby for the remix of “2 Step.” The track is the fifth single on = (Equals). The album, which also includes hits such as “Bad Habits” and “Shivers” reached No. 1 on the Billboard 200 in November. Furthermore, = marks the singer-songwriter’s fourth No. 1 album. Sheeran also topped Billboard’s Artist 100 chart last year, reigning as the top musical act.