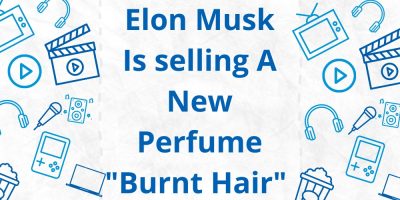 Elon Musk is now selling a fragrance called Burnt Hair, for $100 a bottle. The website calls it “The essence of repugnant desire.”

When the fragrance was released, it sold 10,000 bottles and earned him a cool million in just a couple of hours.

“With a name like mine, getting into the fragrance business was inevitable – why did I even fight it for so long!?” Musk asked on Twitter, where he now describes himself as a perfume salesman.

“The essence of repugnant desire” is the website description of his latest offering.

Other previous ventures and ideas from Musk include tequila, launched in 2020, and a pair of “short shorts” to signify Musk’s victory over investors who bet against the electric vehicle maker, now the world’s most valuable car firm.