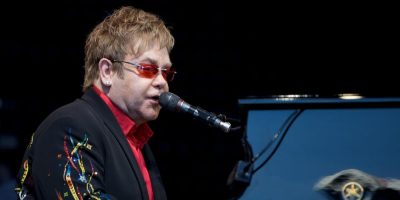 The final L.A. concert will be streamed live on Disney+ starting at 11 p.m. EST Sunday. The three-hour event will open with “Countdown to Elton Live,” which includes an interview with John and celebrity shout-outs.

Dua Lipa, Kiki Dee and Brandi Carlile will join him on stage Sunday, and it’s no coincidence that all are women.

He and Dee had a 1976 hit with the bouncy “Don’t Go Breaking My Heart” and she was with him at his first L.A. stadium show. John is close to Carlile, who joined him for “Simple Things” on his 2021 “The Lockdown Sessions” album, and their families vacation together. It’s a big week for Carlile, who earned seven Grammy nods Tuesday.

The Farewell Yellow Brick Road tour began in September 2018 in Pennsylvania with the first of the 300-plus dates scheduled worldwide. It was suspended in 2020 because of the COVID pandemic and resumed in 2021 in New Orleans.

In January, John heads to Australia and New Zealand, then moves on to Britain and Europe. The tour is set to conclude in Sweden next July.