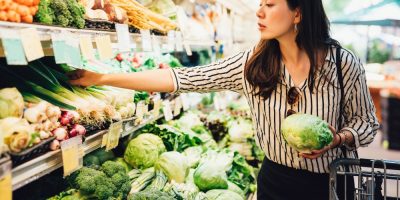 When fresh iceberg Lettuce is more expensive than bagged salad, you know something is wrong.

This past year we saw our grocery bill climb to numbers not seen in decades due to record inflation.

And if you were hoping that 2023 would be a better year for your wallet, think again.

The latest Canada Food Price Report released Monday estimates food prices will increase by another five to seven percent on average next year, adding hundreds of dollars to the average family’s annual expenses.

Veggies in particular will see the highest hike at about 6-8 percent.

And if you enjoy going out to eat, the cost at your favourite restaurant is set to go up four to six percent also due to the price of seafood.

Fruit prices will see the least dramatic increase with a 5% hike while everything else like meat, bakery and dairy will go up between 5-7%.

Expect prices to be high for the better half of next year!