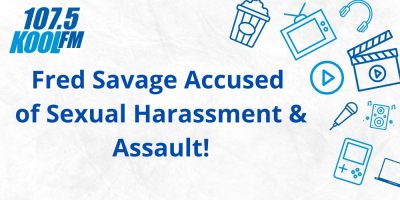 Women who worked with Fred Savage before he got fired from the “Wonder Years” reboot talked about his alleged inappropriate behaviour. He apparently was “controlling, manipulative, and erratic” when he got angry or upset on set. Fred says he’s working to address and change any negative behaviour that has “negatively affected anyone.”

Six women have come forward to speak out about their ordeals with the former ‘Wonder Years’ star.

Savage had only directed nine episodes of the ‘Wonder Years’ reboot before being fired after allegations were made on set after production had started.

After one woman spoke out about her mistreatment on set, Savage was barred from the set and an investigation began immediately.

The news – which broke in May – was met with confirmation by a representative from 20th Television, who referred to “allegations of inappropriate conduct” but did not give any further detail.

According to the THR, the six women – who asked to have their identities kept secret by Disney – allege verbal harassment and an alleged assault of an ex-crew member.