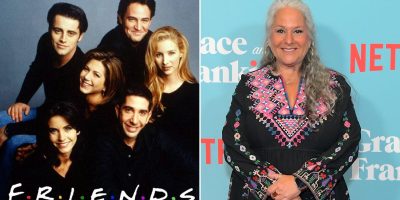 One of the creators of “Friends” is apologizing for the show’s lack of diversity. And to make amends, she’s pledging $4 million to the African and African American studies department of her alma mater, Brandeis University in Massachusetts.

Marta Kauffman told the LA Times that she initially struggled to grasp the “difficult and frustrating” criticisms of her television series, choosing to believe the successful show was being singled out.”

She admits that she’s learned a lot in 20 years…

The popular show, which ran from 1994 to 2004, features a group of six white, heterosexual best friends living in Greenwich Village — a famously gay neighbourhood — in New York City — a historically diverse city.

Throughout the 10-year run of the show, the sitcom continued to whitewash New York City and rarely featured a character of colour. “Friends” only introduced two recurring characters of colour, both of whom were brought on as short-lived love interests for Ross.