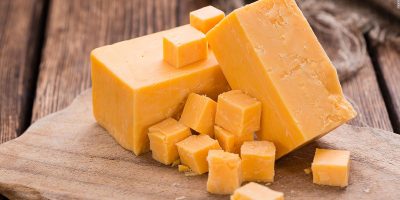 According to a new study, those attempting to go vegan are willing to ditch meaty chips, ice cream and cake, but would struggle to go without cheese and chicken.

A study found that almost a third of people polled are motivated to change their diets in order to be more environmentally friendly.

Among the foods, people would be willing to give up chocolate, Mayonnaise and honey.

Related: Pizza Hut Adds Beyond Sausage To Their Menu…

But giving up cheese and cow’s milk would be really hard, according to 40 percent of people.

The study also found almost a third want to try more plant-based alternatives in 2022 and 29 percent would like to make some elements of their diet vegan.

A major reason that more people don’t get on board the vegan train is the lack of food options in the morning.

What do you eat for a vegan breakfast?  Of those surveyed, they agree that yogurt, sausages and bacon would be very hard to give up!

The research shows that people are under the impression there are limited options to create an exciting and fulfilling vegan meal, whether it’s breakfast or dinner.

Either way, adding more plant-based foods to your diet isn’t a bad thing even if you can’t fully go Vegan.